In my all-too-brief but soon-to-be-revisited blog post “Of Mice And When”, I mentioned that there seemed to be a lot of confusion on the Internet regarding the Microsoft Bus Mouse and the Microsoft InPort Mouse. I even found some software that claimed to emulate a “microsoft bus mouse” but was actually emulating an InPort mouse.

Thankfully, one decidedly unconfused person, Michal Necasek, sent me a link to his Bus Mouse emulation, which includes the following prologue that gets it exactly right:

This is one of the telltale signs of a conscientious programmer: comments that are relevant, detailed, accurate, and provide invaluable context that source code alone does not.

NOTE: The above file has already moved once (without any redirect), so just in case that happens again, we’ve saved a copy.

Anyway, I wanted to supplement this information with the Microsoft KnowledgeBase articles that he referenced; specifically:

I thought this would be a trivial task (“OK Google”). Even Michal seemed confident at the time that merely citing the KB articles by their unique “Q” identifier was more than sufficient. Surely anyone who cared to read those articles could simply pull up their nearest KnowledgeBase database and immediately access them.

Long story short, Google was a bust. But worse than that, Microsoft.com was a bust (“No results found for Q12230”). Which is sad, given that Microsoft wrote all these articles. They also don’t seem to remember that they were called KnowledgeBase articles, not “Knowledge Base”. And digging into their “Knowledge Base” Web Resources just took me to a Windows IT Pro Center, which looked more like a shopping page than a resource page. If there were links to KnowledgeBase articles anywhere on that page, they were well-hidden.

But, I figured that’s OK, because I’ve got enough old MSDN Library CDs to create a tower that would rival any Jenga structure, and surely these articles would be on one of those.

For example, Microsoft Developer Studio, circa 1996, was a bust. It definitely contained some KnowledgeBase articles, just not the ones I was interested in. 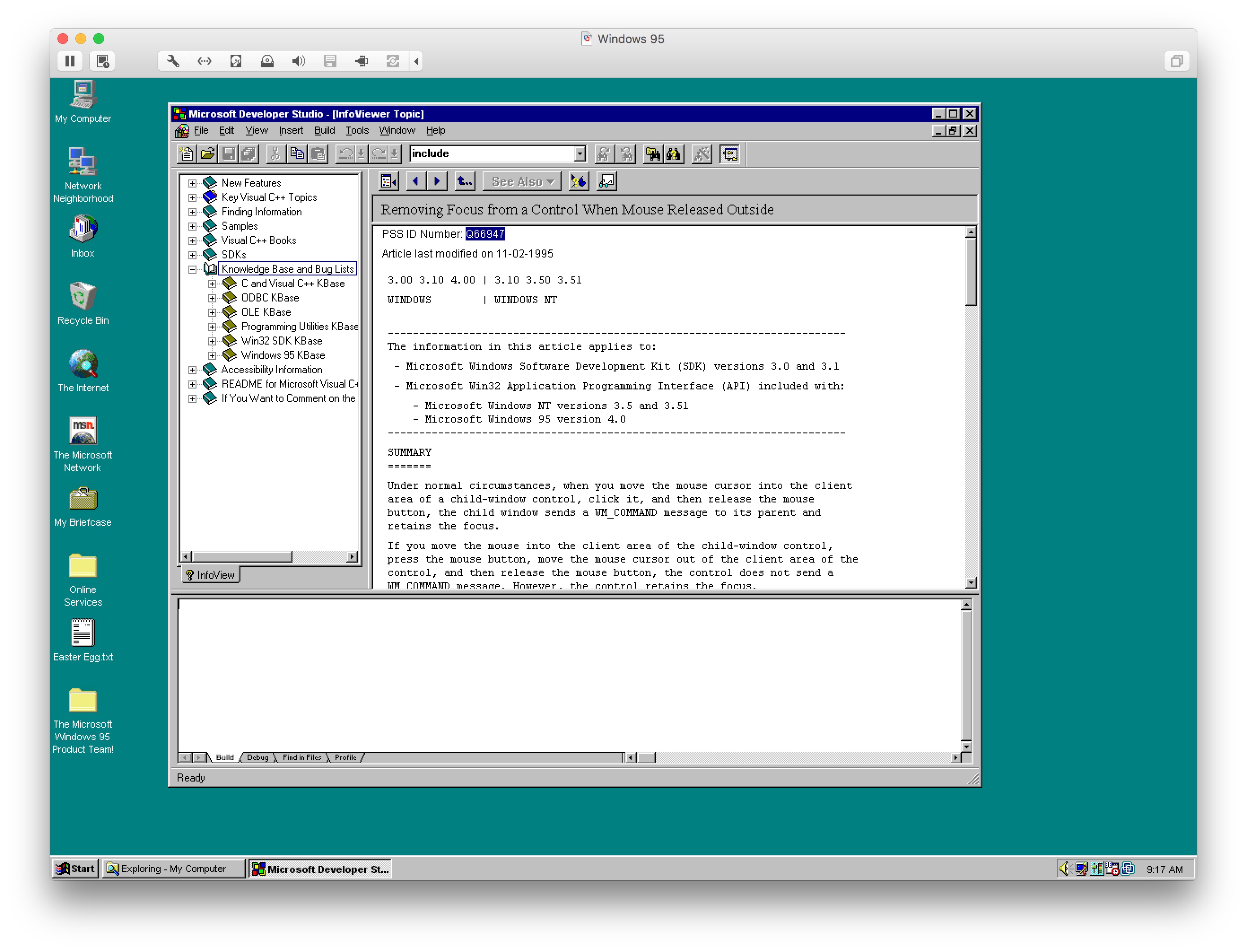 And Visual Studio 2003’s MSDN Library was no better. 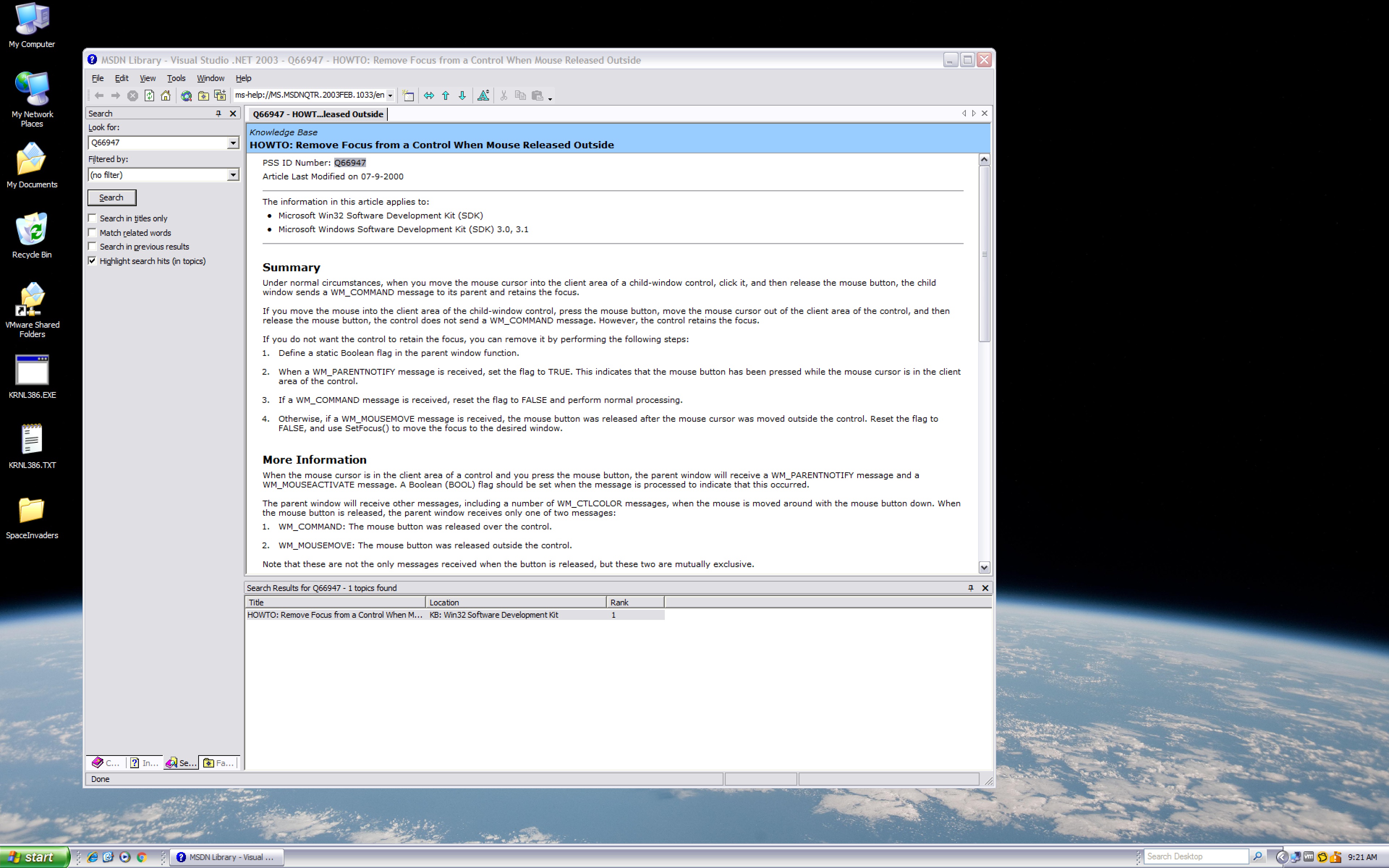 I wasn’t alone in my frustration either. Even Michal, who had dug up the KB articles originally, couldn’t find them again. He did eventually find Q12230 in the MSDN Library, January 2000 (DVD edition), but only after much trial-and-error. He had expected older MSDN libraries to contain the article as well, but they didn’t. He also theorized that the reason Q46369 had disappeared was because it was flagged (incorrectly) as an “OS/2” article, and Microsoft may have decided to expunge everything OS/2-related at some point. 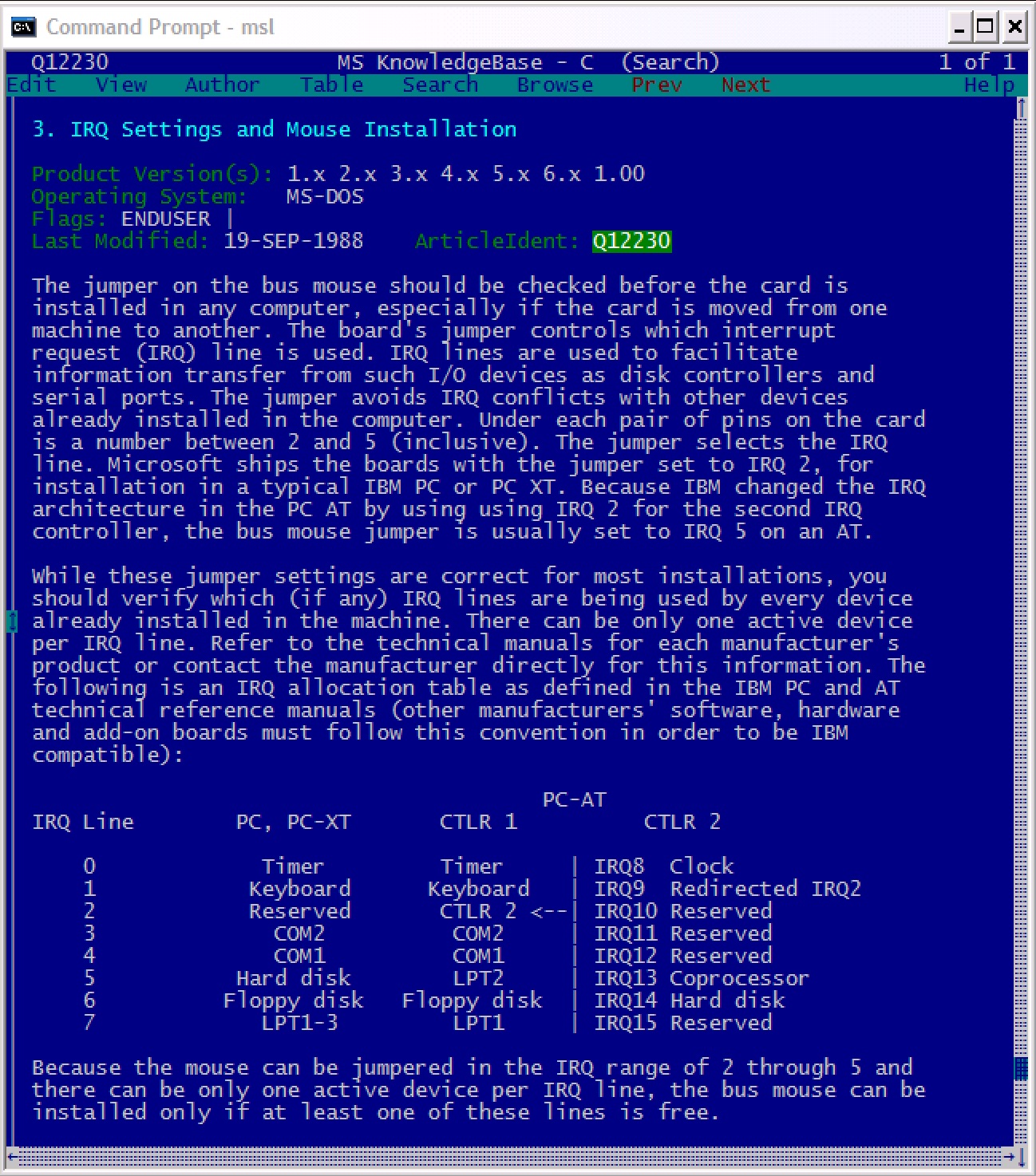 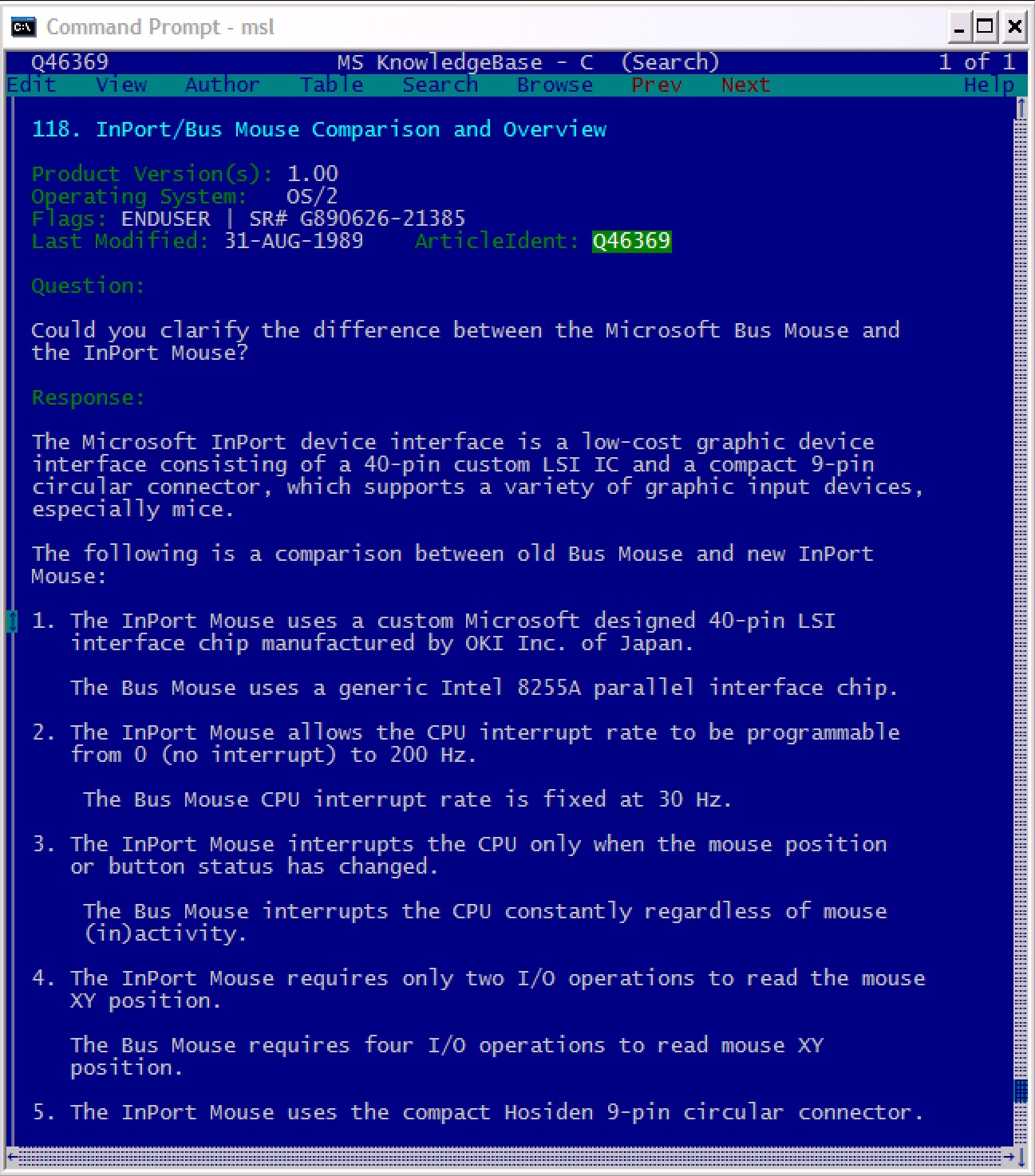 But what’s most disappointing of all is that Microsoft clearly doesn’t care about this information. Years ago, someone there probably made the calculated decision that there was no financial incentive for the company to maintain the information any longer, despite the substantial investment they made to produce it in the first place, and since they’re not in the “archiving” business, it might as well be removed.

The problem is that no one else is able to access it either, even people who are in the “archiving” business. And you can’t exactly walk into Microsoft and file a “records request”, like you can at the National Archives or a public library. It also seems rather presumptuous for Microsoft to determine, based largely on its own self-interest, what the “shelf life” of this information should be. It’s certainly their right, but it’s not a right that should be encouraged.

In an effort to unlock this data from an ancient CD-ROM that few people still have, let alone know what it contains, I’ve taken all the articles from the “MS KnowledgeBase - C” section and created a small KB Article Archive. We can now finally provide links to both of the KB articles referenced above:

so that anyone else looking for KB articles from that era might have an easier time, but more importantly, so that the information is preserved in a meaningful and useful way.

Finally, a shout-out to neozeed, who came up with a clever brute-force way of extracting all the raw text from the Programmer’s Library CD-ROM. It was this raw text that I used to create my small KB archive. The only downside of that method of extraction is that all “hyperlinking” information was lost.