Our IBM PC AT configurations include:

The IBM PC AT came in a variety of its own “sub-models” over a three-year period. Documentation is available below.

The IBM PC AT 5170 doesn’t have DIP switches like previous models, but it still has a few switches and jumpers.

In PCjs, the 5170 Display Switch is configured with the ChipSet monitor property, which you can set to either “mono” (aka “mda”) or “color” (aka “cga”). Unlike the Model 5150/5160 DIP switches, there is no UI for this switch, so once the machine has been created, it cannot be changed by the user.

Also, there is the Keyboard Inhibit Switch; it defaults to UNLOCKED and stays UNLOCKED, since no UI or configuration property is currently provided.

Finally, there is a Manufacturing Jumper that can be installed, enabling additional diagnostic functions in the ROM; it defaults to UNINSTALLED and stays UNINSTALLED, since no UI or configuration property is currently provided.

The rest of a 5170 machine’s configuration is normally handled through CMOS settings, such as the number and type of floppy diskette drives, which can be configured with the ChipSet floppies property; e.g.:

Like the Display Switch, there is no UI for this or any other CMOS setting, so once the machine has been created, it cannot be changed by the user.

The following details come from a copy of IBM’s PC AT Announcement Letter, dated August 14, 1984.

Based on a high performance 16/24-bit Intel 80286 microprocessor, both models of the 5170 are equipped with a high capacity (1.2Mb) diskette drive, enhanced keyboard, ROM based BASIC language, clock/calendar with battery backup, and keylock. Standard memory on Model 68 is 256Kb and on Model 99 is 512Kb. In addition, Model 99 is equipped with a 20Mb fixed disk drive and a serial (asynchronous)/parallel (printer) adapter. Each system can be further expanded through customer setup options. Model 68 memory may be expanded to 512Kb by addition of pluggable memory modules on the system board. Both models may be further expanded to 640Kb with the 128Kb memory option or up to 3Mb with 512Kb memory options.

Additional direct access storage is available with a 20Mb Fixed Disk Drive, a second 1.2Mb High Capacity Diskette Drive, and a Dual-sided (320/360Kb) Diskette Drive. A maximum of two diskette drives and one fixed disk drive, or one diskette drive and two fixed disk drives can be attached to the system unit. These combinations result in direct access storage capacity of up to 41.2Mb.

The 5170 contains eight option (feature) slots that support feature cards for additional devices, features, or memory. Six of the slots support either the advanced 16-bit or 8-bit option cards. Two support 8-bit option cards only. However, both models use one 16-bit slot for the standard combination fixed disk and diskette drive adapter. The Model 99 uses one 8-bit slot for the Serial/Parallel Adapter. The result is seven available expansion slots on Model 68 and six on Model 99.

Both models include a world-wide power supply and a temperature-controlled variable speed cooling fan that significantly reduces acoustical noise in most user environments. Both models also include a security keylock, which, when locked by the user, prevents removal of the 5170 cover, initialization of the system, and entry of command/data from the keyboard.

The keyboard is attached to the 5170 via a ten-foot coiled cable, permitting a variety of workspace configurations. The enhanced 84-key keyboard, with an adjustable typing angle, offers commonly used data and word processing functions along with separate typewriter and numeric keypads. Key-location enhancements and mode indicators (Cap Lock, Numeric Lock, Scroll Lock) improve keyboard usability. Special symbols may be accessed with a combination of keys. Depending on the application program, from 10 to 40 special function keys may be supported.

Exploring the IBM Personal Computer AT, a program on a diskette, is supplied with the 5170. It will familiarize a new computer user with the 5170. The program takes 1-1/2 to 2-1/2 hours to complete. There are two versions of the program, monochrome and color. The program is self-loading from the diskette. It contains tutorial information on the keyboard, printer, and disk storage, as well as DOS and text editing. It requires a 5170 with a minimum of one diskette drive, 256Kb of storage, and one display adapter (either monochrome or color).

This option increases the 5170 Model 68 memory from 256Kb to 512Kb. The kit consists of 18 modules that are plugged into existing sockets on the system board. A maximum of one kit may be installed on Model 68 only. It is required on the Model 68 for installation of #0209 and #0203.

This option adds memory above 1Mb, in 512Kb increments. Up to five options may be plugged into the I/O expansion slots of the system unit to provide a total of three megabytes of primary storage. Performance characteristics are the same as other 5170 user memory.

The system unit must have at least 512 Kb installed. This option requires one 16-bit expansion slot. Note: This option may not be used for address storage from 512Kb to 640Kb. The memory range from 640Kb to 1Mb is reserved for system functions.

This option expands the memory from 512Kb to 640Kb. Performance characteristics are the same as other 5170 user memory. Only one 128Kb Memory Expansion Option may be installed on a 512Kb system unit and it requires a 16-bit expansion slot.

This is a half-high, 5-1/4-inch, dual-sided drive with 1.2Mb storage capacity. Space and power have been provided in the system unit for up to two drives. The drive is fully self-contained and consists of a spindle drive system, a read positioning system and a read/write/erase system.

This option is a high performance numeric 80287 processor extension with floating point, extended integer, and BCD data types, compatible with the Intel 8087 Math Co-Processor. When installed, the system fully conforms to the proposed IEEE Floating Point Standard and is an excellent facility for high-performance numeric processing. Only one 80287 can be installed in a system unit.

This option provides a serial port and a parallel port. It occupies only one expansion slot of either type. The serial portion is fully programmable and supports asynchronous communications from 50 to 9600 baud. The back of the adapter has a nine-pin D-shell connector that is classified as an RS232-C port. When the optional 10-foot Serial Adapter Cable (#0217) or 10-inch Serial Adapter Connector (#0242) is connected to the adapter, the 25-pin end of the cable or connector has all the signals of a standard EIA RS232-C interface. The parallel portion of the adapter provides the ability to attach various devices that accept eight bits of parallel data. The parallel port is provided by a 25-pin, D-shell connector. One or two Serial/Parallel Adapters may be installed in either model. Note: This adapter does not support current loop operation. The 5218 Printer is not supported.

This adapter is 4.8 inches high by 13.12 inches long and plugs into any system unit expansion slot except 1 or 7. Two card edge tabs, one 2 by 31 positions and one 2 by 18 positions, provide all system control signals and voltages. No components are shipped with this card.

The adapter contains a voltage bus (+5 Vdc) and a ground bus (0 Vdc). Each bus borders the adapter with the ground bus on the component side and the voltage bus on on the pin side. A system interface (wiring only) is also provided with a space for a jumper to specify whether the device has an 8- or a 16-bit data bus. This adapter also accommodates a D-shell connector from 9 to 37 positions. A recommended system interface logic diagram is available along with a list of recommended components to be used to interface custom logic to the 5170. Up to five Prototype Adapters can be installed in a system unit. Each requires a 16-bit expansion slot.

This optional enclosure is available to customers who desire to remove their system unit from the work surface. With the system unit mounted vertically in the floor standing enclosure, only the essential parts of the system such as the display and keyboard need to be on the work surface. The unit may be positioned left or right of the workspace or under the workspace.

Each system will be shipped with three manuals:

The following are available for purchase: 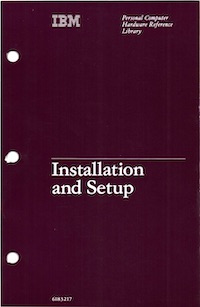 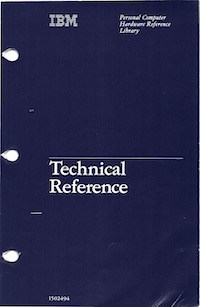 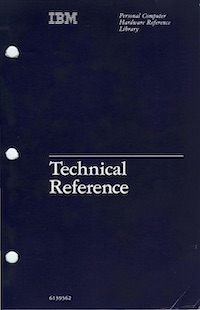 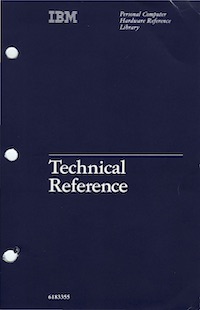 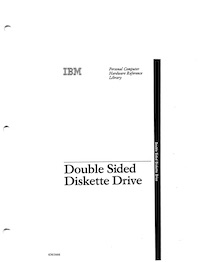 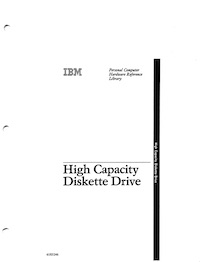 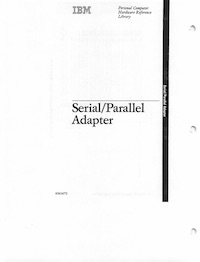 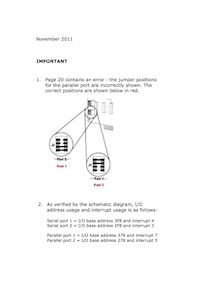 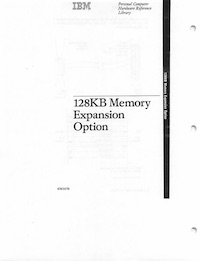 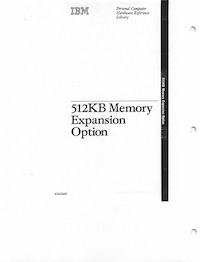 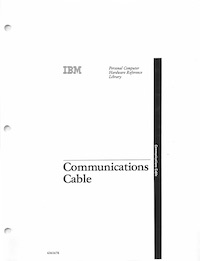 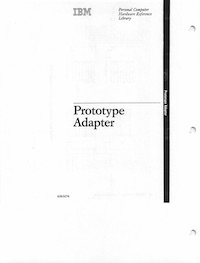 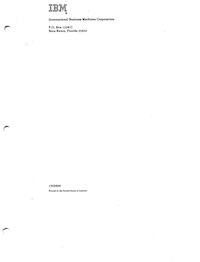