This IBM EGA demo was first discussed in the “FantasyLand” PCjs blog post, and later in “The Realities of Fantasy Land”. The software was originally referred to in print as “FantasyLand”, but the correct spelling is “Fantasy Land”.

A detailed description of the software, along with configuration details, directory listing, and screenshots, are provided below.

A configuration with the PCjs Debugger and Diagnostic Font Bank Displays is available as well.

Watch Fantasy Land run through its automated tour in the machine below. Wait for the introductory screen to display “PRESS ANY KEY TO CONTINUE”, press a key, and then the tour will begin. Until PCx86 supports pixel panning in text modes, Fantasy Land’s scrolling operations will not be as smooth as they should be, but that will be addressed in a future PCjs update.

IBM wrote FantasyLand in 1984 in order to demonstrate some of the more obscure features of the EGA. The program was distributed very selectively to dealers and sales representatives; it has never been a product intended for sale.

FantasyLand builds a large, 150-by-400-character virtual text screen in the EGA video RAM. The screen uses custom fonts to create a map of an imaginary continent, complete with rivers, lakes, mountains, and fantastic creatures like dragons and sea serpents. The illusion of bit-mapped graphics is great, but all the drawings actually are done with custom characters from a 25-by-80 window into the larger virtual text screen. The program allows vertical and horizontal smooth scrolling throughout the map by using the cursor keys, allowing the user to tour FantasyLand. Help screens are implemented with the EGA’s split-screen abilities and scroll smoothly up from the bottom of the screen when requested.

To make the test even more rigorous, FantasyLand uses the EGA’s switchable fonts to create animation effects. The program loads several copies of a custom font into memory, and an interrupt service routine cycles through the copies every four system clock ticks. Certain characters in the custom font have slight differences across the copies so that, when cycled, they give the illusion of motion–a dragon flaps his wings, smoke billows from a chimney, grass waves in the wind. By tying the animation directly to the system’s 8253 timer interrupt, font switching happens continuously, independent of CPU speed and divorced from other program operations. Rapid ongoing font changes, along with fast smooth scrolling in both directions, test subtle timing dependencies between subunits of the EGA.

Thanks to Eric, a friend of PCjs, we finally have a copy of the Fantasy Land program, along with an assortment of other EGA utilities that he kindly included.

Now that we’ve had an opportunity to examine the program, three things became apparent:

so to run Fantasy Land, you would either need to change your EGA’s switch settings to “Normal Color Mode”, which defaults to the same font resolution (8x8) used by the Color Graphics Adapter (CGA):

or connect your EGA to the older Personal Computer Color Display (Model 5153) and set the EGA switches as follows:

The machine above uses the last option (ie, a Color Display configuration).

The EGA supported fonts with character heights up to 32 scan lines, so the maximum font size for a complete set of 256 characters was 8K. However, the EGA required each font to be loaded on a 16K boundary in plane 2, so if you wanted to load 4 fonts, you had to have 64K of plane 2 memory, which in turn meant that all 4 planes had to have 64K, for a total of 256K.

In Fantasy Land’s case, the amount of font data was fairly small: each of its 4 8x8 fonts used only 2K, for a total of 8K. But size doesn’t matter. To load 4 fonts of any size, your EGA board had to be fully populated with 256K.

The VGA made some amends for this design oddity, by supporting 4 additional 8K font banks between the EGA’s original 4 banks. It didn’t change the fact that first 4 font banks were still spread across 64K of plane 2 memory, but by that time, it was a moot point, since all VGAs included 256K anyway.

Considering how few programs used more than one font, and that neither card could make simultaneous use of more than two fonts, one wonders why IBM bothered to upgrade the VGA to support eight fonts. Perhaps they were hoping someone would write “Fantasy Land II”! 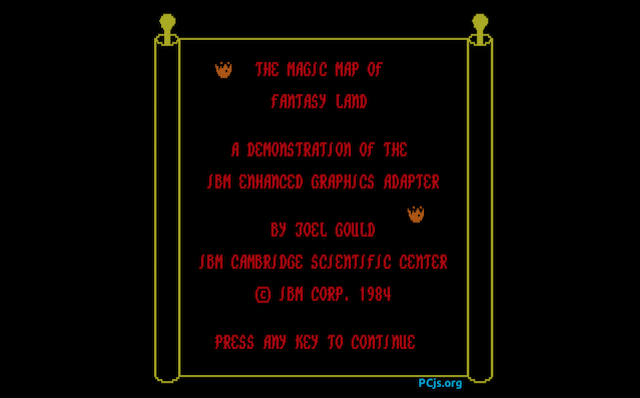 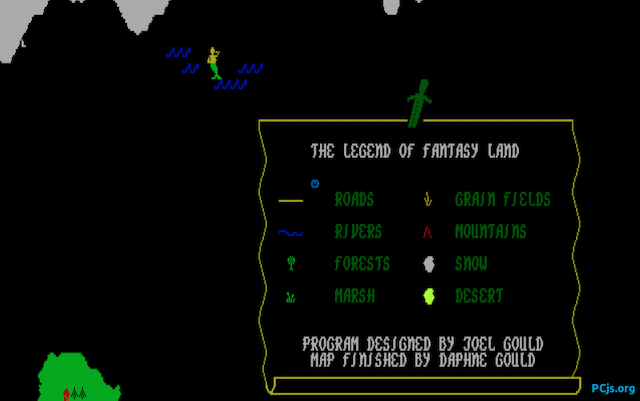 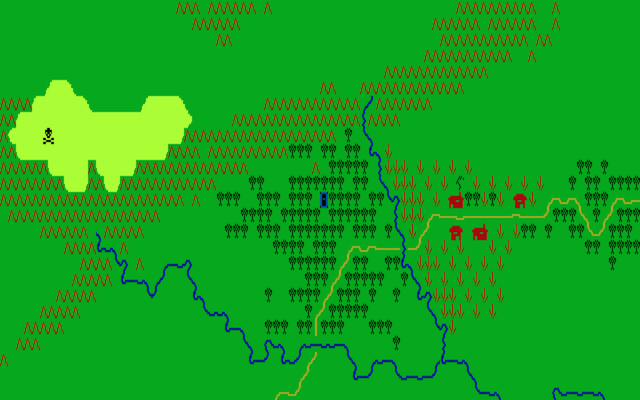