The First Version of COMPAQ MS-DOS

A few weeks ago, I found a pristine set of all three manuals that COMPAQ shipped with their very first portable, along with an original COMPAQ MS-DOS 1.10 diskette. They are all “first editions”. The Operations Guide is dated November 1982 and the rest are dated December 1982. 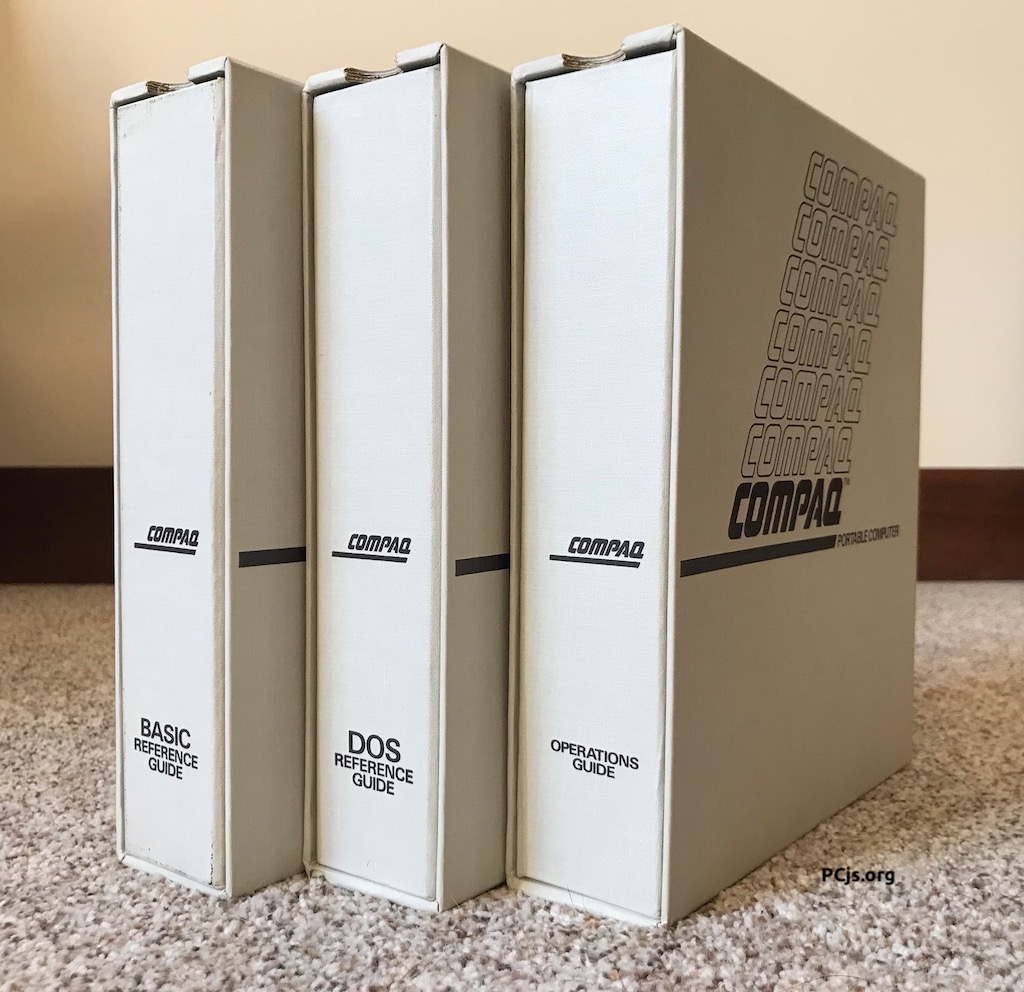 These manuals are unlike any other COMPAQ manuals I’ve seen before. As the June 1983 issue of PC Magazine reported:

I’ve scanned all three manuals and filed them under COMPAQ MS-DOS 1.10 Documentation.

The COMPAQ MS-DOS 1.10 diskette included with the Version 1.10 manuals was also in excellent condition. Most of its files were dated January 20, 1983, with the exception of BASICA.EXE, which was dated February 8, 1983. 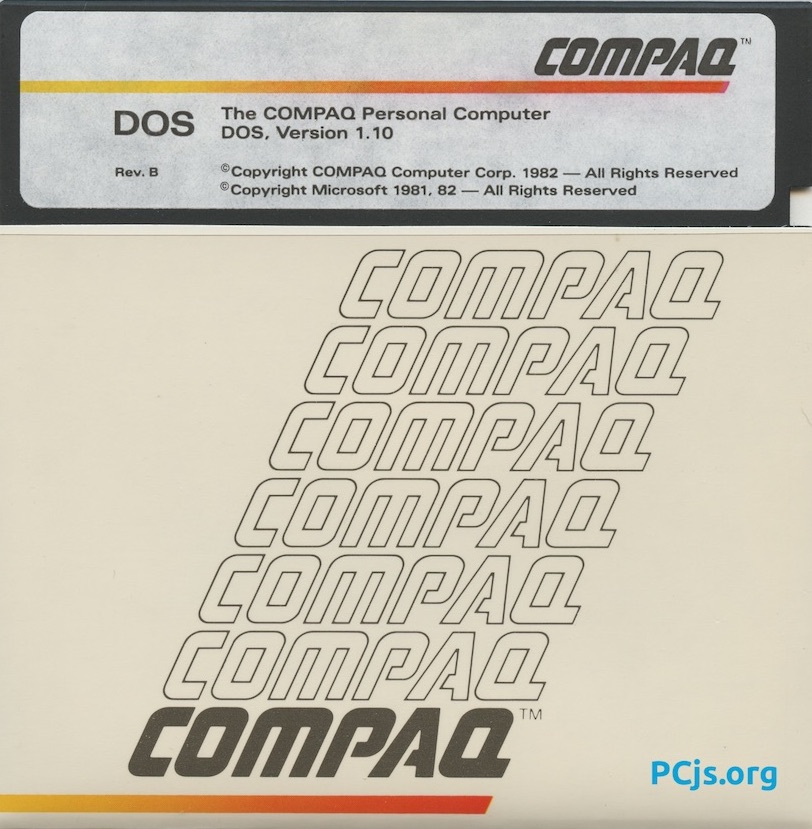 Until now, I don’t think a copy of this version of MS-DOS was available online, which may also explain why Wikipedia got it wrong when they claimed that:

COMPAQ MS-DOS 1.10 must have been the first version of MS-DOS that COMPAQ shipped. In fact, I’ve never seen a copy of COMPAQ MS-DOS 1.13. The only other 1.xx releases from COMPAQ I’m aware of are MS-DOS 1.11 and MS-DOS 1.12. It also appears that by version 1.12, updated in November 1983, COMPAQ had abandoned the fancy IBM-style slip-case manuals for something a bit more practical.

PC DOS 2.0, along with the IBM PC XT, had been released in March 1983, so in retrospect, it’s a little surprising that COMPAQ was still updating the MS-DOS 1.x product line as late as November 1983. On the other hand, COMPAQ didn’t start shipping the COMPAQ Portable Plus with a built-in hard disk until 1984, so MS-DOS 2.x wouldn’t have added much value for their customers until then. MS-DOS 2.x included other useful features, such as support for 180Kb single-sided diskettes and 360K double-sided diskettes, but it’s not clear if COMPAQ produced any 2.x releases prior to the introduction of the Portable Plus.

NOTE: PCjs also has copies of the three manuals for COMPAQ MS-DOS Version 2. Sadly, no disk(s) were included with the Version 2 manuals, which were released in October 1984. Many screenshots were edited to display the DOS version as “2.XX”, so it’s unclear exactly which version of MS-DOS might have been included with them.

The software on MS-DOS 1.10 diskette also includes some COMPAQ-specific software, which the PC Magazine article goes on to describe:

However, more work is required before we can see that in action in a PCjs machine, because I have not yet tried the original COMPAQ Portable ROM or added support for the COMPAQ VDU monochrome graphics adapter, which combined capabilities of both IBM’s MDA and CGA adapters. I hope to add PCjs support for COMPAQ’s ROM and VDU in the near future.

I recently added a COMPAQ Portable machine configuration with built-in PCjs debugger. It’s using the oldest original COMPAQ ROM BIOS we have (Rev B) along with COMPAQ MS-DOS 1.10. And limited support for COMPAQ’s video (VDU) board is now available, including monochrome graphics. Enjoy COMPAQ’s “laser” demonstration below.

Waiting for machine "compaq-portable-vdu" to load....